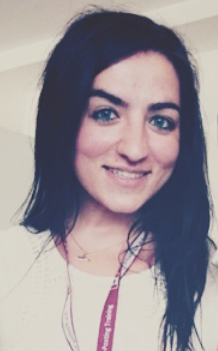 I joined Prince Mohammad Bin Fahd University in Saudi Arabia as an Assistant Professor at the College of Law. I am also a Committee member and a Team Coach of the Jessup International Law Moot Court and the Arabic Moot Court. My humanitarian experience involves the United Nations, Governments, and Human Rights Conferences, seminars and speeches around the world.

I worked in normal and conflict zones, Government institutions, Embassies, and I co-chaired and spoked in UN and Governmental Conferences and seminars regarding the Litigation of International liability and compensation for environmental damage, the Settlements of disputes at World Trade Organization WTO, UN Women, Union for the Mediterranean, and the Refugee Crisis. Alongside my field work, I was and still a Research Associate at the Research Institute for European and American Studies.

I hold a Masters in International and European Law from Université Paul Cézanne Aix-Marseille III in France, and I hold a PHD in International Law from the National and Kapodistrian University of Athens in Greece. I was recently accepted for a Post-Doc Research at UOA. I was the Community Center Project Manager at Solidarity Now/UNHCR for the first Community Center for migrants in Northern Greece, and responsible for all aspects of project management, programmatic & financial support to the Center, providing several services to immigrants, and managing more than 40 staff members. I also worked at the International Rescue Committee as a WPE/GBV Manager in NGR, acting as a Senior member as well as a Security Focal Point when it comes to evacuations, and as a Protection Referral Team Leader in the Greek Islands. I have worked at Doctors Without Borders MSF in conflict zones.

PhD in International Law, National and Kapodistrian University of Athens